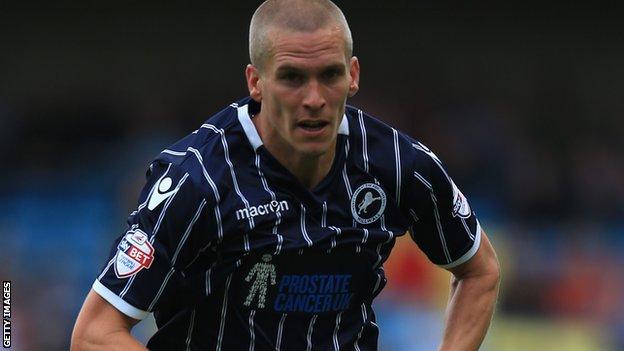 On-loan Millwall striker Steve Morison is expected to be out of action for at least four weeks after undergoing hernia surgery on Saturday.

The 29-year-old, who joined the Lions on loan from Leeds in the summer, had complained of pain during their 1-0 defeat by Huddersfield.

Morison will remain at Millwall during his rehabilitation from the operation.

Lions physio Bobby Bacic said they had hoped to nurse Morison through until the international break in September.

But he revealed: "During Thursday's training session the pain build-up was such that Steve could not sprint fully.

"We therefore decided to go ahead with surgery as soon as possible and are extremely grateful to the German specialist who agreed to operate in London early, rather than us go to Munich later in the month for the procedure.

"It is too early to give an exact return date as Steve will need to allow the operation sites to settle and avoid infection.

"However if there are no complications then a return to play within four weeks is a possibility."