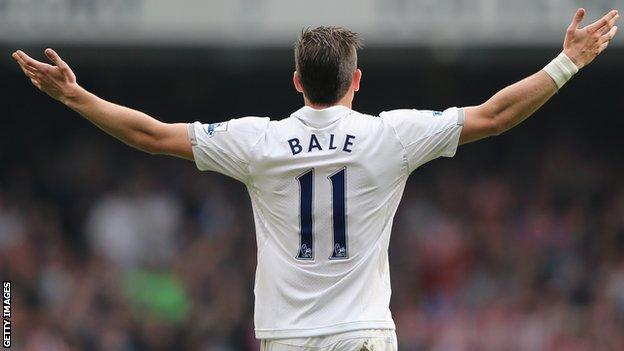 The Spanish giants remain in pole position to sign the 24-year-old Welshman, but Spurs say no agreement has been reached with Real.

The second bidder's identity is not known but Manchester United have been linked with the forward this summer.

Meanwhile, Spurs have spoken to Chelsea about buying a player to replace Bale.

They were close to signing Brazilian winger Willian as a replacement last week before a late bid from the Blues beat them to his signature.

However, as it stands, Chelsea are refusing to do business, to the frustration of Spurs.

After his side's 1-0 win over Swansea on Sunday, Spurs coach Andre Villas-Boas said he expects Bale, who has been in Madrid this week, to be back at training on Tuesday if a deal has not been agreed with Real.

Bale travelled to the Spanish capital over the weekend to discuss the move.

Real play away to Granada on Monday, having won their opening La Liga fixture 2-1 at home to Real Betis.

Their next home game will be on Sunday - a day before the transfer window closes on 2 September - against Athletic Bilbao.