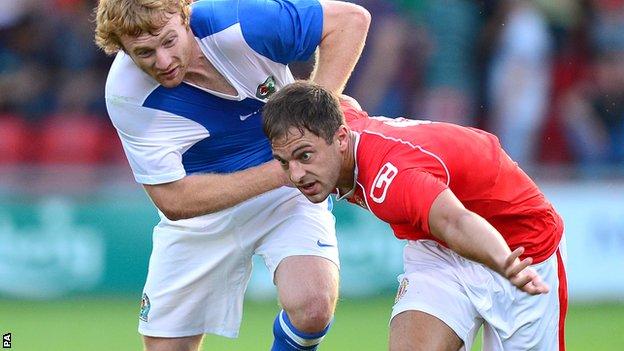 The 25-year-old has made two substitute appearances for the League One club this season but has not played since the defeat at MK Dons on 10 August.

He joined the Alex in the summer of 2012 after scoring eight times in 70 games for Ebbsfleet United.

West made his Bulls debut in Monday's Conference Premier clash with Alfreton Town, coming off after 68 minutes.