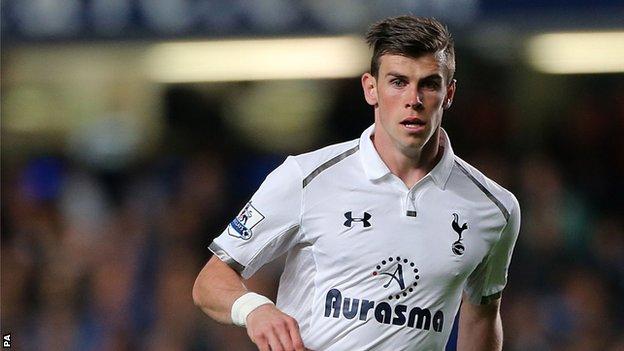 but Spurs have not accepted the bid yet.

When asked whether they were in for Bale, Moyes said: "I said at the start when I got the job that Manchester United will always be interested in the best players and we're always looking to try to improve the team."

Speaking after the 0-0 draw with Chelsea, he added: "The owners have given me every opportunity to bring in who I want and we'll continue to try and find those players.

"It's been tough in this window but we're always looking at the best players. I can't give you any more."

Real Madrid are still believed to be favourites to sign the Wales international.

"I'd be extremely surprised if Bale doesn't join Real Madrid in the next couple of days.

"Man United would be in position to do a deal of that magnitude if they wished. It would be hugely disappointing for Bale if it [the Real move] didn't happen.

"Good players are always targets and he's been a consistently good player. It's no surprise that he's attracted massive attention."