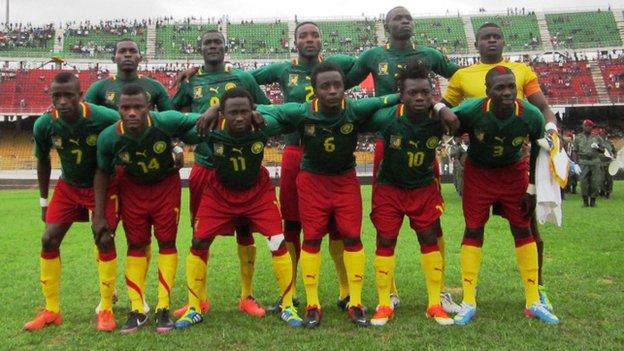 Cameroon's hopes of qualifying for next year's African Nations Championship (CHAN) finals in South Africa were dealt a blow when they lost 1-0 to visiting DR Congo.

The only goal of Monday's game in Garoua was scored in the 70th minute by Ndombe Mubele, who plays for Vita Club in DR Congo.

The DR Congo, who won the first ever CHAN title in 2009, dominated the encounter and are now favourites to qualify for the finals of the tournament for locally-based players only.

Both sides lost in previous ties to qualify for the finals from the Central Zone with Cameroon going down to Gabon and DR Congo to neighbours Congo-Brazzaville.

The game had been postponed from Sunday after the Sudanese referee and officials failed to arrive in the country in time.

The second leg will be played in Lubumbashi this weekend to decide who progresses to the finals.