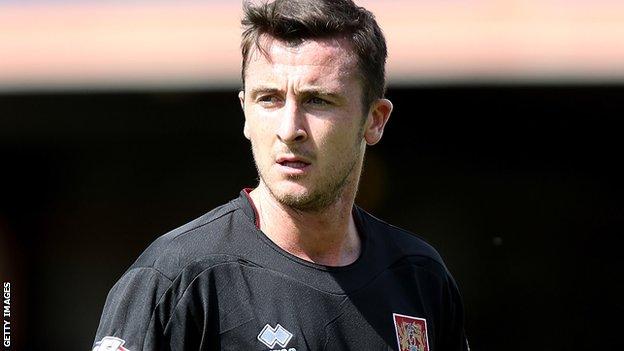 Northampton Town's Roy O'Donovan says they do not have a hangover from their League Two play-off final defeat.

The Cobblers, beaten 3-0 by Bradford at Wembley in May, lost 2-1 to Torquay United on Saturday - their third defeat in four matches.

O'Donovan told BBC Radio Northampton: "We've got a different team. It's not a hangover - just the team gelling and making mistakes at the wrong time.

"That's the most frustrating game of football I've played in a long time."

He added: "You can make all the excuses you want but we've got to start gelling quicker now and learn from our mistakes."

Jacob Blyth had given the Cobblers the lead before Jordan Chapell scored twice in five minutes at Sixfields.

"We looked dominant. We looked strong and in control and we blew it in the second half," said O'Donovan, who has scored twice so far this season.

"We sat too deep and the goals came from our attacks - that's the most frustrating part."