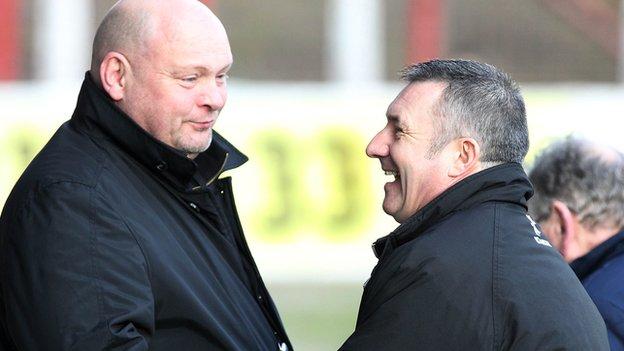 Belfast rivals Glentoran and Linfield have been paired together in the draw for the third round of the League Cup.

Bangor, conquerors of Premiership side Warrenpoint Town, will play Lurgan Celtic and Portadown take on Lisburn Distillery, with the ties on 8 October.

Ballymena United survived a huge scare in the second round but eventually overcame north Antrim rivals Ballymoney United after a penalty shoot-out.

Coleraine required extra-time to see off the challenge of Championship One outfit Loughgall.

Lisburn Distillery were first out of the hat for their game with Portadown, but the game will be played at Shamrock Park because of floodlight issues at New Grosvenor.

Ties to be played on Tuesday 8 October