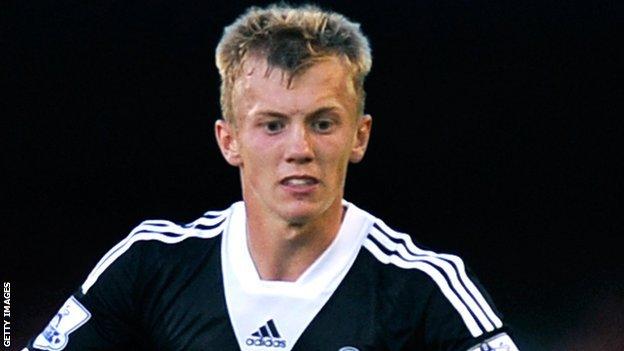 New England Under-21 head coach Gareth Southgate has handed a first call-up to 18-year-old Southampton midfielder James Ward-Prowse for the Euro 2015 qualifiers against Moldova and Finland.

Tottenham defender Zeki Fryers, 20, is also part of the 25-man squad for the first time.

Manchester United midfielder Nick Powell, 19, returns for the first time since November 2012 and team-mate Wilfried Zaha drops down from the senior squad.

James Ward-Prowse has been capped at Under-17, Under-19 and Under-20 level by England.

The double-header will be Southgate's first matches in charge since succeeding Stuart Pearce last week.

England manager Roy Hodgson took charge of the last under-21 game, a 6-0 defeat of Scotland at Bramall Lane.

England Under-21 squad to face Moldova and Finland: