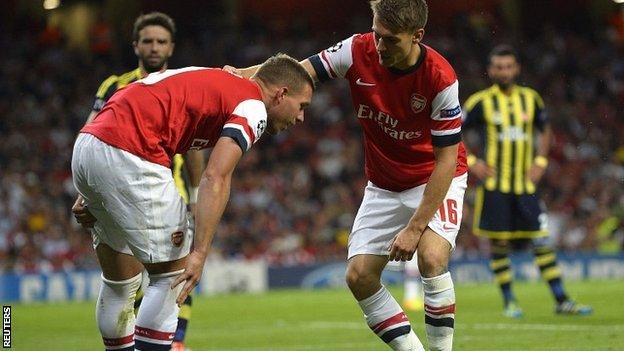 It was originally thought the German international, 28, would only miss three weeks of action.

Gunners boss Arsene Wenger said: "His hamstring is much more damaged than we thought at the start.

"It is very disappointing and we have paid a very heavy price."

Jack Wilshere and Aaron Ramsey also suffered knocks but Wenger said both will be involved when Arsenal host Tottenham in the Premier League on Sunday.

Wenger added: "Arteta is doing OK but there are few weeks to go with him. Vermaelen could be back after the international break."