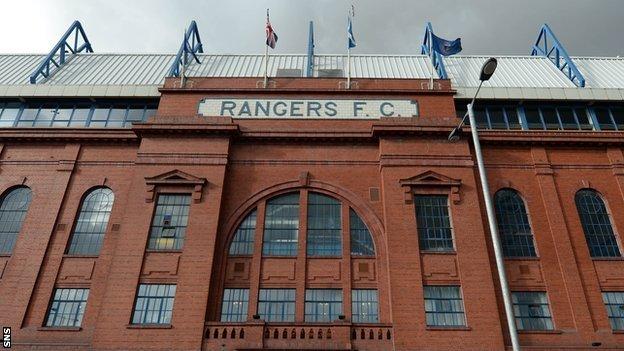 The deadline for agreeing to postpone an extraordinary general meeting of Rangers shareholders has been delayed until Friday.

An EGM was called for by a group of shareholders looking to remove members of the current board.

and 27 August had been set as a deadline for legal paperwork.

But the two parties have so far been unable to reach agreement.

And, if there is no agreement by close of business on Friday, the Rangers board will be required to notify shareholders of the EGM by 5 September.

In a statement to the London Stock Exchange the Rangers board asked for clarity on the number of shares held by some of the group mounting the challenge to the board.

The group, which includes businessman Jim McColl, are seeking changes on the board, including the removal of chief executive Craig Mather, finance director Brian Stockbridge and Bryan Smart.