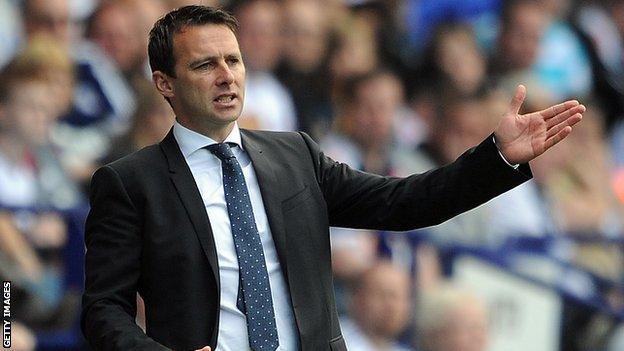 Bolton manager Dougie Freedman fears his squad is being stretched by a series of injuries early in the season.

"One or two injuries and we're a very light squad," Freedman told BBC Radio Manchester after losing on penalties.

"I was hoping the injuries could possibly come at the end of the season, but they've come at the beginning."

The former Crystal Palace boss, who gave starts to young attackers Sanmi Odelusi and Tom Eaves at Prenton Park, continued: "We're going to be asking a lot of the younger players [to play] and they're just not quite up to it yet.

"I'm a big believer in giving young players a chance but, as you've seen, it's probably too big of an ask for them to play in a Championship game."

Freedman is already without and through long-term knee problems and his injury list grew prior to their second-round cup exit.

Tierney is expected to recover from a groin injury in time to face Blackburn at Ewood Park on Saturday, as Wanderers look to register their first league win of the season.