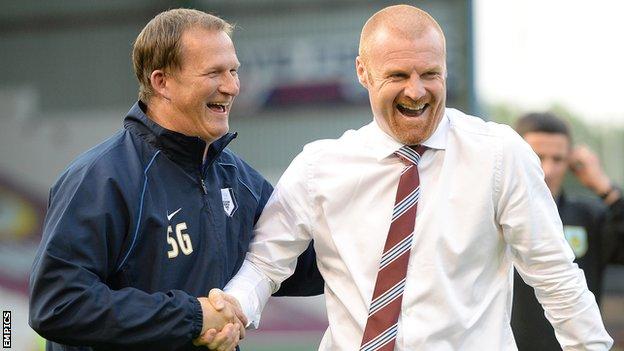 Manager Simon Grayson says Preston did themselves justice as they went out of the Capital One Cup at Burnley.

Grayson called for a response from his North End team after a on Sunday.

he was proud of his side's display against Championship opposition.

"On another day, we could have quite easily got something out of the game. The scoreline doesn't reflect how we played," he told BBC Radio Lancashire.

"I'm very proud and satisfied with the performance. After the weekend, you're looking for a reaction from your team and we got that. We dominated possession for large parts of the game and limited them to few opportunities."

First-half goals from Kieran Trippier and secured a safe passage through to round three for the Clarets, who have only lost one of their six games in all competitions so far this season.

"We were patchy with our football but the moments of quality were what turned it in our favour," said Burnley boss Sean Dyche. "I've got mixed feelings on the performance, but the result was fantastic.

"It was a local derby against a good club with a good manager. They will be a force in their division this season so I'm very happy with the outcome."