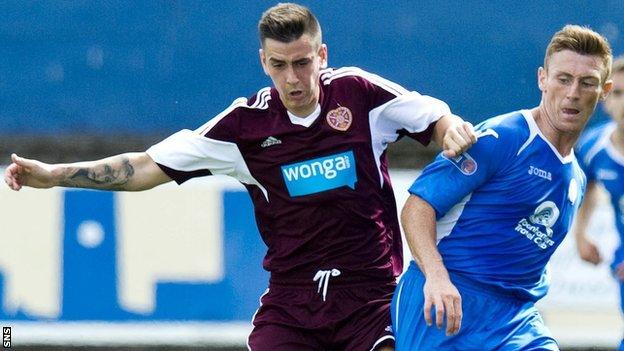 Queen of the South's reward for beating Scottish League Cup holders St Mirren is an away tie against Hearts.

Stranraer and Hamilton, who eliminated Ross County and Kilmarnock this week, will meet Hibernian and St Johnstone, respectively, in round three.

Dundee v Inverness and Falkirk v Aberdeen are the other ties.

The matches, which must be played to a finish using extra-time and penalties if necessary, will be played on the 24 and 25 September.

Scotland's European representatives Celtic, Hibernian, Motherwell and St Johnstone as well as Inverness, who finished fourth in the top flight last season, enter the tournament at this stage.

Hearts v Queen of the South