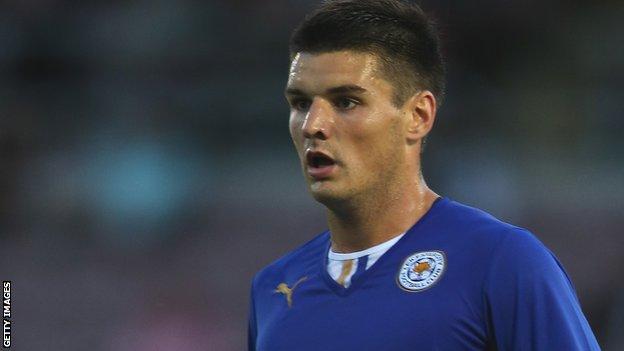 The 22-year-old agreed a four-year contract at Ewood Park on Wednesday.

and scored nine goals in 61 appearances for the Foxes, but had not featured for them so far this term.

"I've always known about the club. I've always played against them as a kid so I know how much of a big club it is and what the expectations are," he said.

Marshall, who played under Rovers assistant manager Terry McPhillips while he was a youngster at Crewe, told the club website: "I know the likes of Grant Hanley, Jason Lowe and Josh King so it is nice to see a few familiar faces.

"That always helps, and knowing Terry on the management side is quite good so I'm happy to be here."

Boss Gary Bowyer added: "Ben fits into the model of what we are trying to achieve here. He is a good technician, he's a good age, and he has his best football ahead of him.

"He can create and score goals and I've been impressed with his desire to join the football club."