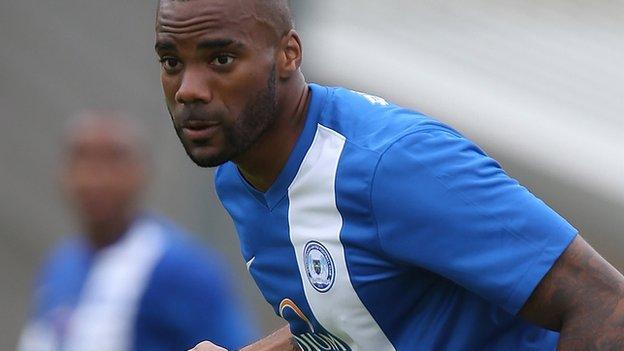 The 25-year-old, who has not made an appearance for the Posh this season, is available to face his former club at London Road on Saturday.

Reds manager Richie Barker told the club website: "Emile is another player with bags of talent who comes here with a bit of a point to prove.

This is a fresh challenge for me with a progressive club.

The former Nottingham Forest trainee, who joined Peterborough from Macclesfield in 2011 for an undisclosed fee was linked to a number of clubs, including Notts County and Swindon during the summer.

He scored 13 goals in 49 appearances for the Posh, and his hat-trick against Hull in the Championship was the only time he found the net in any competition last term.

Sinclair also had spells on loan at Barnsley and Doncaster last season and said he was now looking forward to a new beginning at Broadfield Stadium.

"This is a fresh challenge for me with a progressive club who have a growing reputation for the football they play and the opportunities they give to young players," he added.