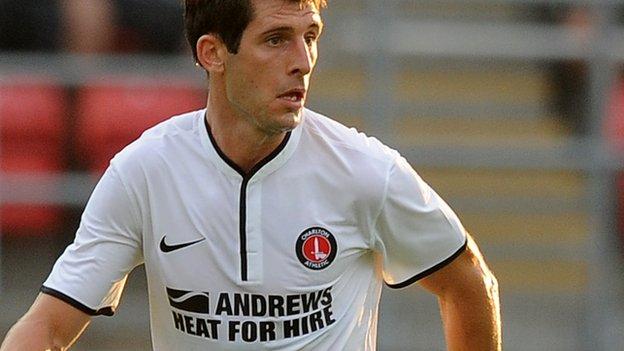 Gillingham have signed Charlton's Danny Hollands on a three-month loan deal and extended Michael Harriman's stay from QPR until the end of the season.

Midfielder Hollands, 27, has made just one appearance for the Championship club this term, starting in their 4-0 League cup win over Oxford.

Gills manager Martin Allen told BBC Radio Kent: "He's had a great career and I've tried to get him many times."

"It's pleasing to get a hold of him after he's done very well at Charlton."

Allen added: "He also did well at Bournemouth in the past and Swindon at the end of last season when they were top of the league."

Hollands was a member of the Charlton team that secured promotion to the second tier of English football in 2012, and made 15 appearances for Charlton last term either side of a loan spell at Swindon.

Defender Harriman, meanwhile, initially moved to Priestfield Stadium on a 28-day loan earlier this month and has started four games in all competitions.

"When the opportunity came to sign Michael on-loan for the season, after a chat I had with Harry [QPR manager Harry Redknapp], that was a no-brainer because he is a good player," Allen said.

The Gills boss hopes to add to his squad before the transfer window shuts on Monday 2 September, and will approach chairman Paul Scally to discuss the possibility of doing so.

"Mr Scally has the all important knowledge of the budget," he added.

"This is a business as well and everyone has to respect that - from the manager to players and supporters."