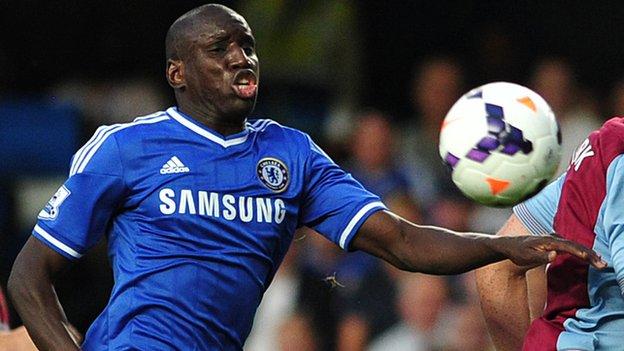 Demba Ba has been left out of Senegal's 23-man World Cup squad for next week's qualifier against Uganda.

Coach Alain Giresse also overlooked Ba for the previous two matches, with the striker struggling at Chelsea since he joined from Newcastle in January.

Ba's former strike partner at Newcastle, Papiss Cisse, misses out because of suspension.

Frenchman Giresse told a Dakar news conference he would continue the policy of only selecting footballers who were "competitive and playing at their clubs".

Senegal must avoid defeat to clinch top spot in Group J and advance to the final phase of Africa's qualifiers for next year's World Cup.

The 7 September match is being played in neutral Morocco because Senegal are banned from playing at home.