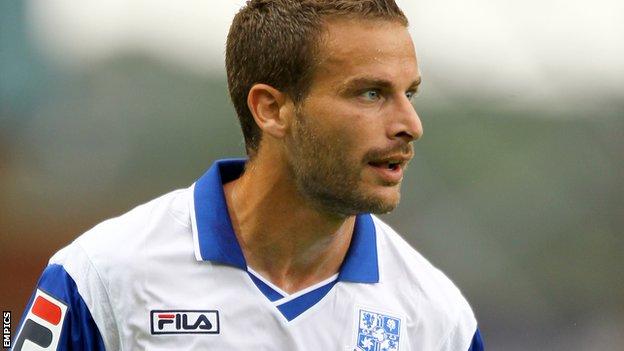 Tranmere Rovers have cancelled the contract of centre-back Stephen Foster by mutual consent, only two months after he joined the League One club.

Foster started Tranmere's first five games of the season but was not involved in their on Tuesday.

"I wish him the best of luck in his future," said manager Ronnie Moore.

He told the club website: "After discussing things with Stephen it was agreed that it was in the best interests of both parties if we part company.

"It leaves us short in an important position but I hope to bring in a replacement as soon as possible."

Foster added: "I'd like to thank everyone at the club, the players and the fans for everything since I've been here and I'm really sorry it hasn't worked out."