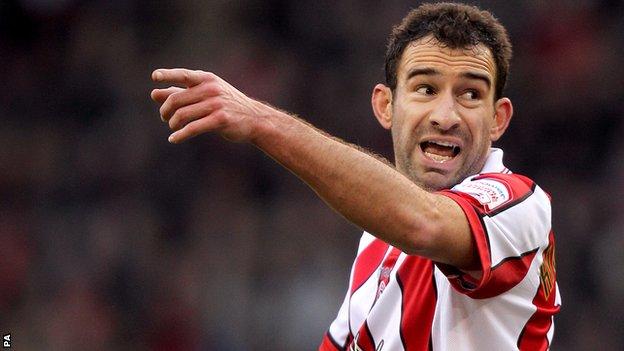 Conference Premier side Chester FC have signed Sheffield United defender Danny Higginbotham on a contract until the end of the season.

The 34-year-old joined the Blades in January on an initial six-month deal and played enough games to earn a one-year extension.

However, he had not been involved under new manager David Weir.

Higginbotham has played 210 times in the Premier League during his career for five different clubs.

Having come through the youth system at Manchester United, he went on to have spells with Derby, Southampton, Stoke (twice) and Sunderland.

But in recent years, his career has been affected by a series of injuries, including a damaged anterior cruciate ligament that prevented him from playing for the Potters in the 2011 FA Cup final against Manchester City.

Higginbotham had a loan stint at Ipswich last season before later featuring in Sheffield United's League One play-off semi-final defeat by Yeovil.

Neil Young's side are only being kept off the bottom of the table by Aldershot, who were deducted 10 points at the start of the campaign as a result of going into administration.