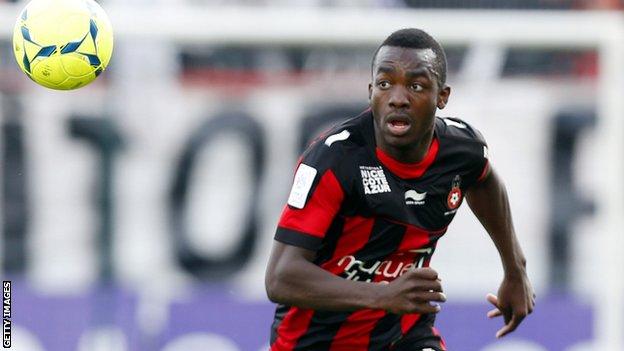 The 21-year-old arrived on Friday and could feature against Partick Thistle.

St Mirren manager Danny Lennon said: "He's made 16 appearances for Nice, got two goals. He's the one we've been waiting for, but I believe he's been worth the wait.

"We've identified the right one who'll give us exactly what we need."

Bahoken is 6ft 2ins, has been capped at Under-21 level for France and gives Saints another option up front in addition to Steven Thompson and Gary Harkins.

Lennon revealed that former Buddies loan striker Esmael Goncalves, who played with Bahoken at Nice, helped persuade the forward to make the move.

"Esmael Goncalves, who we had here last season, was quite influential in telling Stephane about his experience here and how it helped his career," said Lennon.

"That was lovely of him to do."