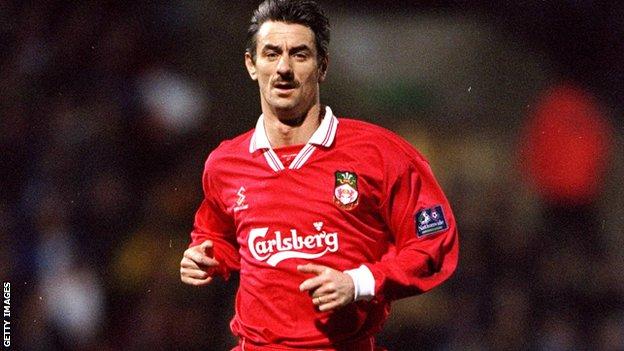 Wrexham host cross-border rivals Chester in the Conference Premier at the Racecourse on Saturday.

Rush is in the unique position of having played for Wrexham and played and managed Chester during his career.

"It is like Wales v England really, it is incredible," said Rush.

Rush played for Chester between 1978 and 1980 before his move to Liverpool, returning to City as manager in the 2004-05 season.

Having also played for Wrexham during the 1998-99 season, he claims the cross-border derby between the two clubs is as intense as they come.

If they had 30,000 supporters there, it would be incredible because the atmosphere is so intense.

"I did manage Chester and we did play Wrexham in the cup and it was amazing. It was at Chester and Wrexham beat us.

"In the week leading into it, I was speaking to Joey Jones and the banter and everything started then. Chester want to beat Wrexham and Wrexham want to beat Chester."

The last time Wrexham and Chester met was in League Two four years ago, the Dragons winning 2-0 at the Deva Stadium.

The clubs renew their rivalry in the Conference Premier on Saturday following Chester's promotion as Conference North champions last season.

Both sides need the points, with Wrexham languishing in 16th place, having only secured five points out of a possible 16.

Chester, managed by Neil Young, are one off the bottom, having failed to record a single point so far this season.

"The supporters have waited a long time for this, with Chester making their way up," said Rush.

"It is an intense rivalry, especially for the supporters. The supporters want to win this game more than any other this season.

"There are maybe five or six thousand fans there, but there may as well be 16,000 fans there because everyone is singing and you can see the passion in the faces."