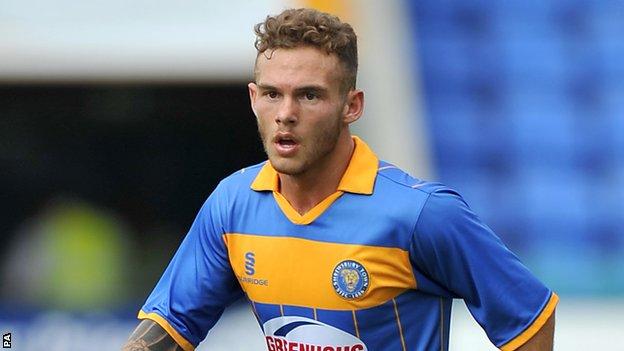 Shrewsbury winger Jon Taylor says he doubts whether he would still be in the game had he not joined Town.

Following his release by Wigan in 2008, Taylor, 21, was recommended to Town by former Shrewsbury player Tony Kelly.

And he told BBC Radio Shropshire that if he had not joined Town he "probably wouldn't still be playing football.

"I look at all my mates back at Wigan and not one of them played a first-team game, apart from Callum McManaman, who's the only one that broke through."

He added: "I've been given a chance, the gaffer has been unbelievable to me, I've played over 100 games and he's kept me in the team and trusted me."

Taylor was convinced to leave his hometown of Liverpool to move to Shropshire on the back of advice from family friend Kelly, who made over 100 league appearances for Shrewsbury between 1989 and 1991.

He has since gone on to make 105 appearances in all competitions and believes the set-up that manager Graham Turner has created at the club has only served to help him improve.

"I've become better as a player because I thrive on being told what I can do to improve and just work on that in training," he said. "I try things out and, after training, I do extra stuff."