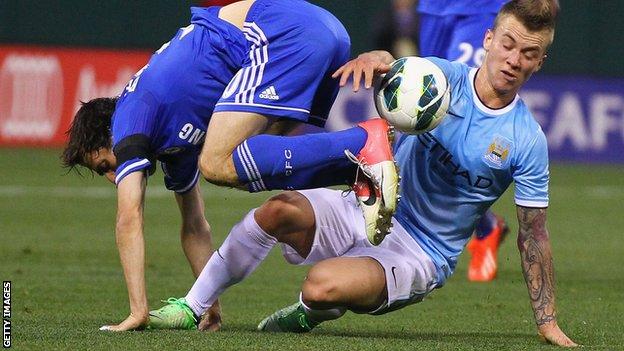 "I have watched Albert on five or six occasions and have always liked him," said Oldham manager Lee Johnson.

"Jose Baxter played a similar role for us and when interest hotted up in Jose, I went to City and asked if Albert was available for loan."

Rusnak moved to the City academy in 2008 after spending the early part of his youth career with MFK Kosice.

He has previously captained Slovakia at Under-18 level.