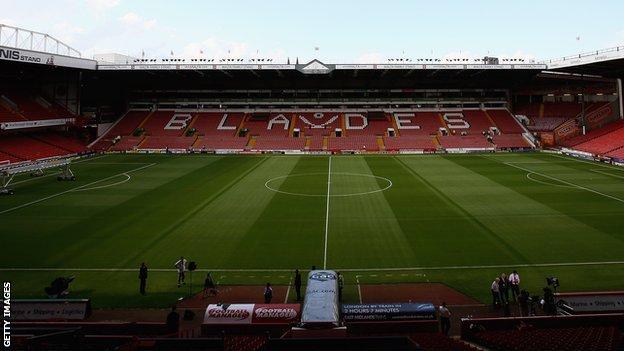 Sheffield United have agreed a deal with a foreign investor that will see significant funds made available to spend on the first team, BBC Radio Sheffield reports.

It is believed the deal will see the new investor become equal owners with Kevin McCabe.

The identity of the investor will be announced on Tuesday.

The Blades, a Premier League side as recently as 2006-07, are in their third successive season in League One.

And David Weir's side have made a slow start to the new campaign with four points from their four league games so far.

Oldham forward Jose Baxter joined the Bramall Lane club for an undisclosed fee on Thursday and McCabe is now confident that two further signings can be brought in before Monday's transfer deadline.