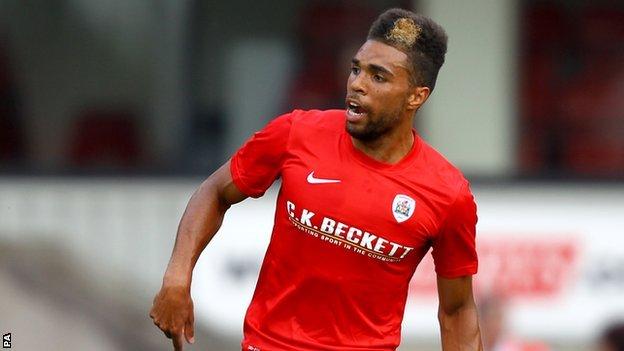 Wolves have completed the signing of full-back Scott Golbourne from Barnsley for an undisclosed fee.

The 25-year-old played 53 games for the Tykes after joining from Exeter in January last year, including all six so far this term.

But after Barnsley accepted Wolves' offer on Thursday, Golbourne has signed a three-year deal at Molineux.

"He wants to go and play for Wolves, that's the bottom line," Barnsley boss David Flitcroft told the club website.

"It doesn't matter how you try and keep a player if his heart's not in it and his head's not in it. You're pushing water up a hill.

"I feel the last two weeks his head and heart's not been with us, but before that his commitment to the club's been impeccable."

He has made over 200 league appearances for seven clubs, also including Reading, Wycombe and Bournemouth.