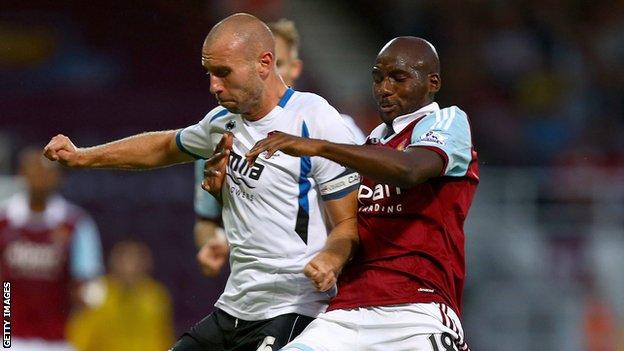 West Ham midfielder Alou Diarra is likely to miss the rest of the season with a serious knee ligament injury.

Diarra, 31, picked up the knock in Wednesday's Capital One Cup second round win against Cheltenham.

"It's a big blow to us in squad terms" said manager Sam Allardyce. "He was hoping to force his way into the side."

The France international arrived from Marseille in August 2012. He struggled to settle and joined Rennes on loan for the rest of last season in January.