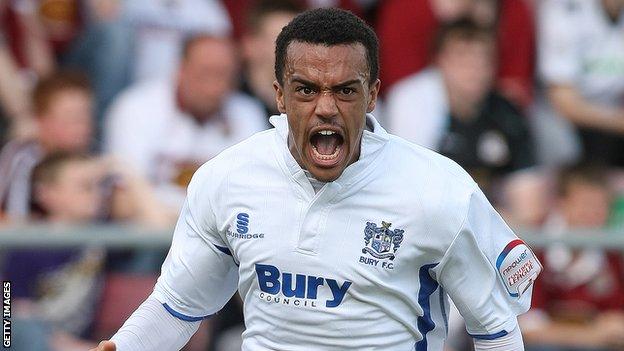 Swindon Town have signed striker Nicky Ajose on loan from League One rivals Peterborough until 1 January.

The 21-year-old began his career at Manchester United, but did not make a senior appearance at Old Trafford.

After a successful loan spell at Bury, he joined Peterborough in 2011.

However, he has been unable to establish himself in the first team at London Road and spent much of last term on loan at Bury and Crawley, scoring a combined total of seven goals.