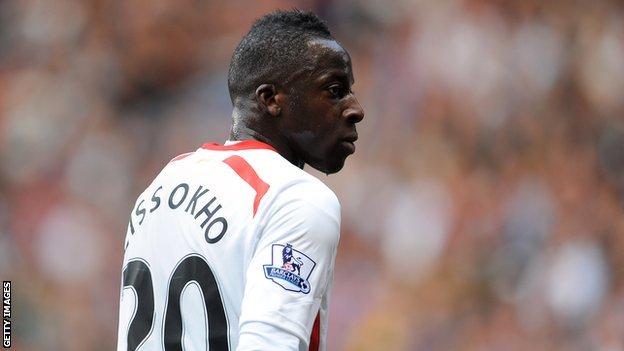 Liverpool boss Brendan Rodgers says that defender Aly Cissokho could be out of action for up to six weeks with an ankle injury.

Cissokho, 25, was injured in Tuesday's extra-time Capital One Cup victory over Notts County at Anfield.

Rodgers also said that knocks picked up by defender Kolo Toure, 32, and midfielder Joe Allen, 23, in the same game are not as bad as first feared.

The pair are still doubtful for Manchester United's visit on Sunday.

France international Cissokho was making his first start for the Reds since joining on a season-long loan from La Liga's Valencia.

Rodgers said: "He could be four to six weeks, which is a blow because he came in and trained really well last week.

"But he is on crutches at the moment and we'll look at that over the coming weeks. But he certainly won't be available."

Toure was carried off on a stretcher with a groin problem on Tuesday, while Wales international Allen limped off with a hamstring strain.

Rodgers added: "Toure's injury is nowhere near as bad as we thought.

"We will assess that over the next 24 to 48 hours. I think we were all thinking he might be out for longer after the game but he's made an excellent recovery.

"The diagnosis isn't anywhere near as bad as we thought, so we'll see how he is for this weekend.

"If it's not this weekend, then we would think after the international break he won't be too far away.

"Joe likewise - it was only a grade one strain, so he may be doubtful for the weekend but certainly after the international break, he'll be fine."