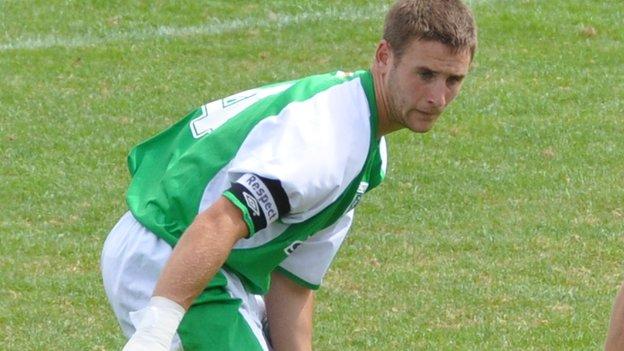 Guernsey FC captain Sam Cochrane says the prospect of playing in Saturday's FA Cup preliminary round away at Crawley Down Gatwick has not sunk in.

The Green Lions, founded in 2011, are the first team from Guernsey to

There are 160 clubs contesting the FA Cup preliminary round and each winning team will receive £1,925

"It's a little bit crazy, you have to pinch yourself sometimes. This club has only existed for two years and is now in the FA Cup - it's surreal."

Guernsey were promoted to Ryman Division One South last season and currently sit 14th in the table.

Crawley Down Gatwick are top of the same division having won five and drawn one of their six matches.

"We have to keep calm, play our own game and see where it takes us," Cochrane added.

"We're stepping into the unknown every week this season.

"But we are learning and the biggest lesson so far is that you cannot afford to play well and not take your chances - teams at this level make you pay."