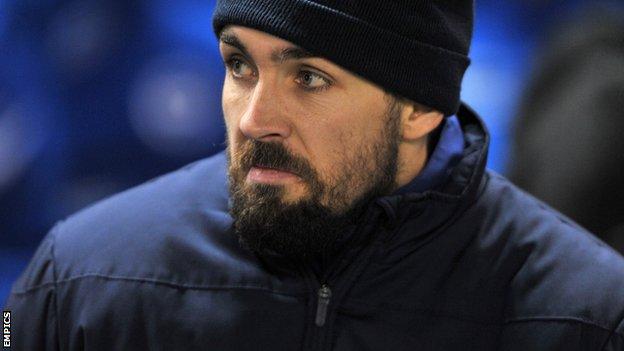 The 31-year-old played 133 games in almost five years at Ewood Park, scoring five goals, but only featured four times for the first team in 2013.

He initially joined Rovers on loan from Marseille in January 2009 and made a permanent move later that year.

"Blackburn Rovers will always have a big place in my heart and I am sad to be leaving," he told the club website.

As Blackburn struggled against relegation from the Championship last season, Givet told a French newspaper in February that he believed he had no future with the club and joked that he was so disillusioned he would have killed himself had it not been for his family.

Michael Appleton, who was then Rovers manager,

He continued: "Before Blackburn, I enjoyed my football in Monaco - I played in the Champions League final - but my first three years in the Premier League with Blackburn were the best moments of my career.

"It was an amazing experience for me and one I will never forget, but last season was hard for me and I think it is better for me and my family to go back to France.

Bowyer added: "We're sad to see him leave, but he was eager to return to France and he wants to play more football at this stage in his career, which we fully understand. I think this is the best solution for both parties."