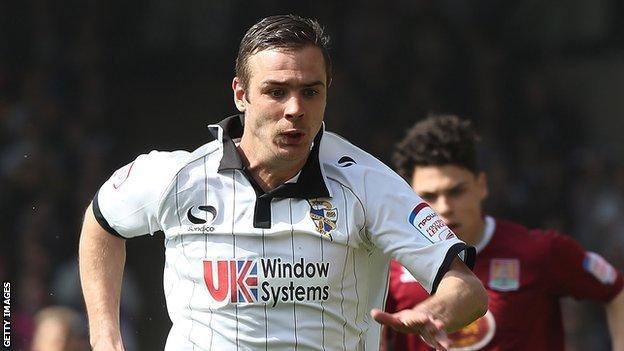 The hosts started the brighter, Lee Miller's header rebounding off the bar from James Berrett's cross.

Troy Archibald-Henville missed a great chance for United just before half-time, heading over from close range.

But Pope earned Vale's first League win over Carlisle since 1963 in stoppage time, sweeping home after the hosts had failed to clear their lines.

Pope's fourth goal in eight days leaves the home side still without a league win this season.

"Wins cheer everybody up. It gives the players belief and sends the supporters home happy.

"But I thought we deserved that. And I'm pleased to get our first clean sheet of the season, as that's what we set out to do.

"We were lucky with the chance that their fellah blazed over in the second half, but that was from a setpiece.