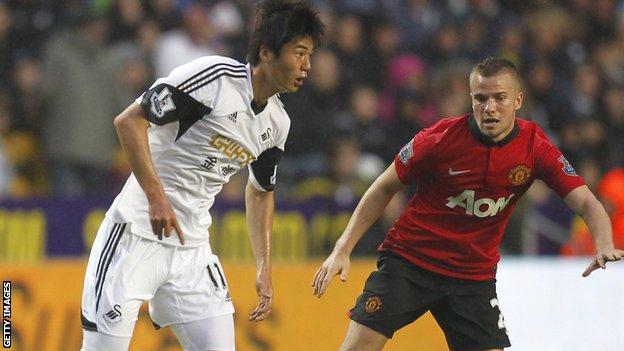 The South Korea international joined Swansea last summer from Celtic in a £6m deal that broke the Swans' transfer record.

Ki made 38 appearances for Michael Laudrup's side last season and was in the team that won the Capital One Cup, beating Bradford City in the final.

The midfielder, who moved to Europe in 2010 when he joined Celtic from FC Seoul, has made three substitute appearances this season but finds himself surplus to requirements just 12 months into a three-year deal at the Liberty Stadium.

Ki links up with international colleague Ji Dong-won at the Stadium of Light.