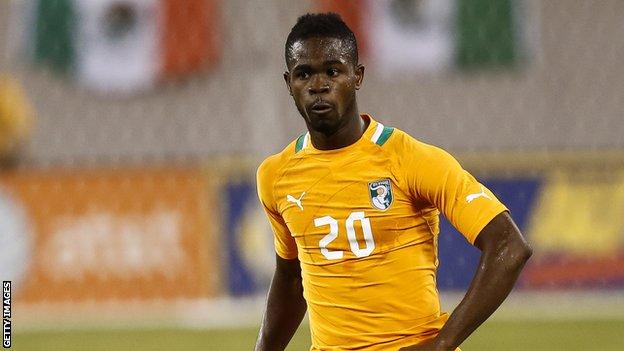 Manchester City's Ivory Coast international Abdul Razak has made his loan move to Anzhi Makhachkala a permanent one.

The midfielder had been set to spend a season with the Russian side, but City have now confirmed he has left the Etihad.

Razak joined the Blues from Crystal Palace in 2010 and made his debut against West Brom in February 2011.

However, the 20-year-old has made only seven City appearances in three years.

He spent loan spells with three other English clubs - Portsmouth, Brighton and Charlton.

Razak has won four international caps for Ivory Coast, the most recent of his appearances coming in a 4-1 defeat by Mexico on 15 August.

A statement on Manchester City's website said: "Everyone at the club would like to wish Abdul all the best in his future."