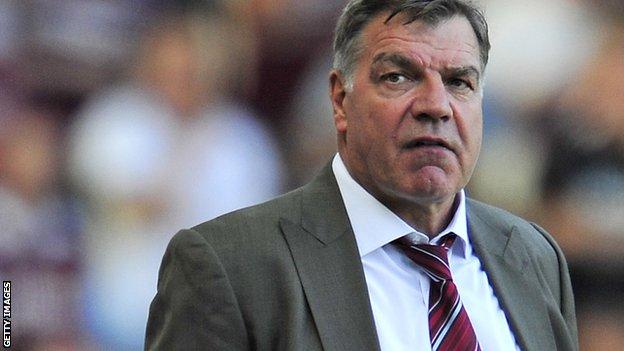 West Ham manager Sam Allardyce has criticised his side following their first defeat at home since February.

Stoke claimed three points at Upton Park through a late Jermaine Pennant free-kick, but the hosts did not trouble visiting keeper Asmir Begovic

"At home, I haven't seen us play that badly since we've been back in the Premier League, sadly," Allardyce said.

"We still can't reach the level of consistency this league demands. It was a really off day for us, a bad day."

The Hammers did not manage a single shot on target against the Potters, and their only goals in the Premier League so far this season came in their 2-0 opening day win over Cardiff City.

Although Pennant's strike was the first goal West Ham have conceded in the league this campaign, Allardyce was unhappy with his side's all-round performance.

"We have to accept that at this moment in time it looks like we're still establishing ourselves in the Premier League," he said.

"Our back four limited Stoke very well. But the front six, in terms of creativity, really wasn't there. It really wasn't good enough and we played poorly, individually and collectively."