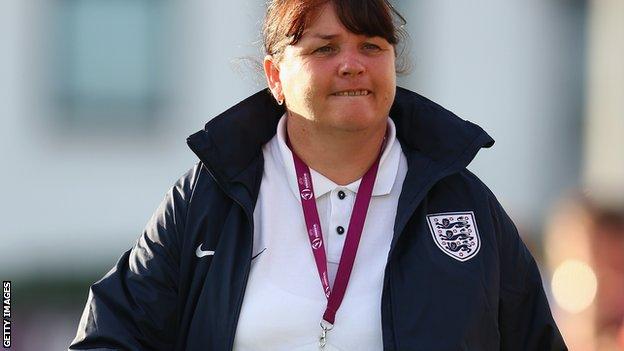 Two goals in extra-time ended England's hopes of winning the European Women's Under-19 Championship as France claimed their second title in four years.

France were the better side in the first half of normal time but England, winners in 2009, dominated after the break, with both sides having efforts cleared off the line.

France's Sandie Toletti nodded home in the 95th minute, via a deflection.

The goals in the final in Llanelli were the first that England coach Mo Marley's side - who drew 0-0 with France in the group stages - had conceded in the tournament.

But the performance is likely to boost Marley's chances of landing the senior team's head coach role after Hope Powell was sacked following a poor display at the European Championship in Sweden.

Gilles Eyquem's triumphant side contained many players from last year's Under-17 World Cup-winning squad, and some of Marley's England team are young enough to represent their country in this competition again next year.

In front of a crowd of more than 1,000, there was a huge slice of fortune about the breakthrough goal as Toletti headed a corner into the ground, and the ball deflected off Aoife Mannion and looped over the helpless Durack.

With England seeking an equaliser, the game became increasingly stretched and France found a decisive second goal just six minutes from the end, as Diallo headed home from close range after Lea Declercq's shot deflected kindly to her in the box.