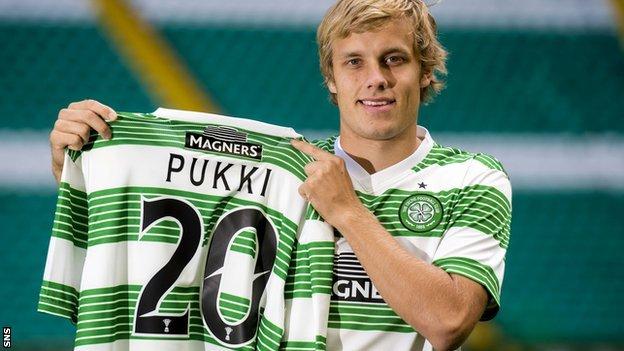 Celtic's signing of from Bundesliga outfit Schalke was the only big-name capture on the final day as the Scottish transfer window closed.

Only 10 other deals were confirmed, with striker Carl Finnigan, who was released by Dundee, moving to South African club Chippa United.

All the other deals on the final day were loans.

Arbroath captured 19-year-old full-back Bradley Donaldson from Hibernian and young Motherwell attacker Lee Erwin to help them in League One.