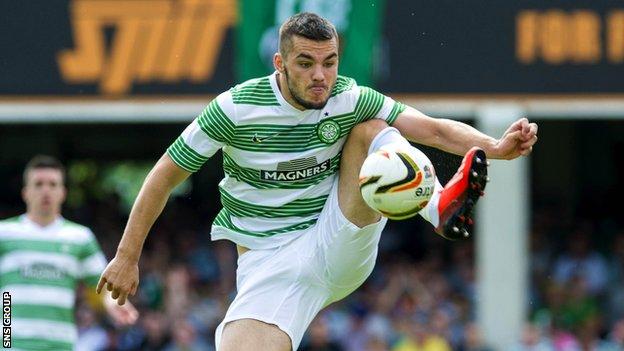 The 19-year-old is best known for scoring in last season's 2-1 win over Barcelona in the Champions League.

"It happened very fast," Watt told the Lierse website. "It's a good opportunity for me."

"I thought I'd give it a try and the negotiations went smoothly," added the Scotland Under-21 international.

"Hopefully, I can do well and score some goals."

Watt has scored eight goals in 34 appearances for Celtic, the majority of those coming from the substitute's bench.