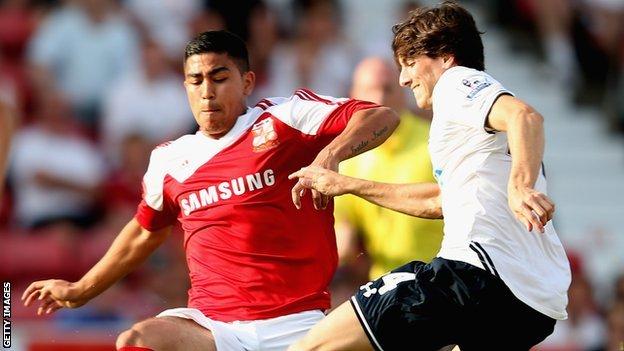 Swindon have signed Tottenham midfielder Massimo Luongo on a three-year deal for a fee of £400,000.

The 20-year-old initially joined Town on a two-month stint last season and, after re-joining on loan in the summer, has now made a permanent move.

Meanwhile, the League One club have also signed Egyptian striker Mohammed El Gabas on a short-term contract until 1 January.

The 26-year-old, who is a product of Newcastle's academy, has the option of a further 18 months on his Swindon deal.