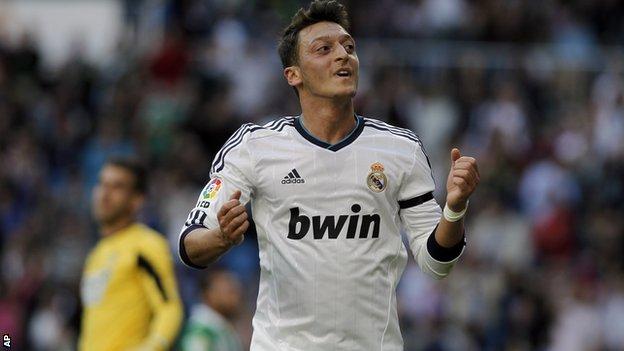 The Germany international, 24, joined Real from Werder Bremen three years ago for a fee believed to be around £12.4m and has played 155 times for the club.

On Wednesday, he pledged his future to the Bernabeu side.

The Gunners are also working on other deals, including a move for Palermo and Italy keeper Emiliano Viviano, 27.

With the transfer deadline at 23:00 BST on Monday, Arsenal boss Arsene Wenger has made only two signings - striker Yaya Sanogo, 20, and midfielder Mathieu Flamini, 29, arriving on free transfers.

This summer the Gunners have failed in high-profile attempts to sign Liverpool striker Luis Suarez and Gonzalo Higuain, another Real Madrid player.

It is believed Bale's £85.3m switch from Tottenham to Real could trigger a busy day of deals on the transfer window's final day.