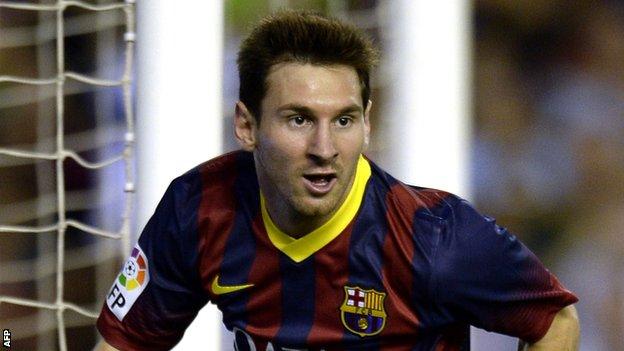 He opened the scoring into an open goal after a Cesc Fabregas pass before claiming his second with a low finish.

In a stunning end to the first half, Messi struck his third from close-range before Valencia fought back with an impressive brace from Helder Postiga.

No further goals followed after the break, as Barcelona held on to go top of La Liga table on goal difference.