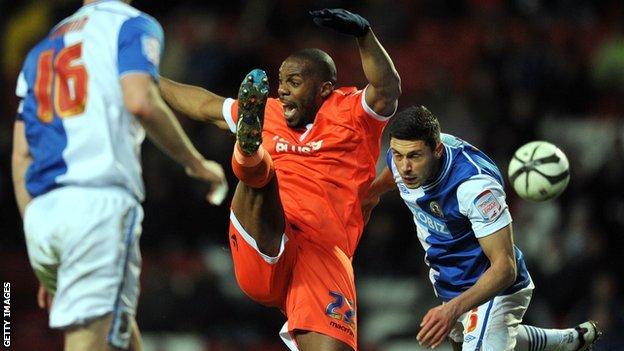 Dany N'Guessan has signed for Swindon following his release from Millwall.

The French forward, 26, joins the club on a deal until the end of the season after his contract with the Lions was cancelled by mutual consent.

N'Guessan has struggled to maintain a starting place during his three years at the Den, with 20 of his 38 appearances coming as a substitute.

Meanwhile, Millwall have extended the loan of QPR midfielder Shaun Derry until 1 January.

The 35-year-old has played four times since he joined for an initial month in early August.