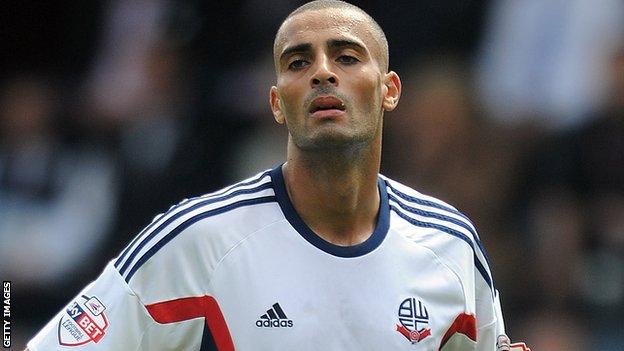 Darren Pratley says Bolton's players are surprised to be lying bottom of the Championship after five games.

Wanderers have yet to win in the league, collecting only two points from five matches, having been one of the pre-season favourites for promotion.

"Us, as players, wouldn't have expected that [bad start] either," midfielder Pratley told BBC Radio Manchester.

"The fans are going to be disappointed with the results we've had, but they've been good with us."

Bolton struggled in their first season back in the second tier last year following their relegation from the Premier League and before an almost saw Dougie Freedman's side snatch a play-off place.

Former Swansea man Pratley, 28, acknowledged that the performance in was below par, admitting the team had been left "embarrassed" by the result at Ewood Park.

However, he believes Bolton have not been rewarded for good displays in other games.

"We've played well in patches," added Pratley. "If a couple of chances go in, they're different games.

"When we put on the shirt, we're proud and we try our hardest. It just hasn't gone for us at the moment, but we're not going to hide.

"We're going to carry on trying to put it right, like we did last season. The sooner we do it, the better.

"It's going to be a hard two weeks without a game [because of the international break] to try and put it right. We have to work hard in those two weeks to get a positive result for the fans and the manager."