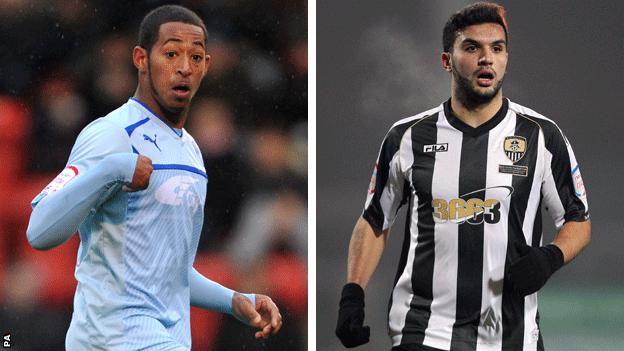 Bencherif, 25, has signed until the same date after being released by Notts County at the end of last season.

Both players could make their debuts in Tuesday's Johnstone's Paint Trophy first-round tie against Cheltenham.

Reckord has represented England at U16 and U17 level, and has played on loan at Northampton Town, Scunthorpe United and Coventry City.

Bencherif, who spent last week on trial at Home Park, started his career at Nottingham Forest and went on to play for Lincoln City and Macclesfield Town before joining Notts County in 2011.

The Algeria Under-20 international was released by Notts County at the end of last season having made 40 appearances for the club.

Speaking after playing Bencherif for 78 minutes in a friendly against Bristol City last Tuesday, Pilgrims boss John Sheridan explained why he was interested in the player.

"Fitness-wise, he is way behind the other players - he needs to be playing games, but I know what he's all about and he's a good player at this level," said Sheridan.

"He has played against my teams a couple of times and he has been strong. He has got a presence about him."