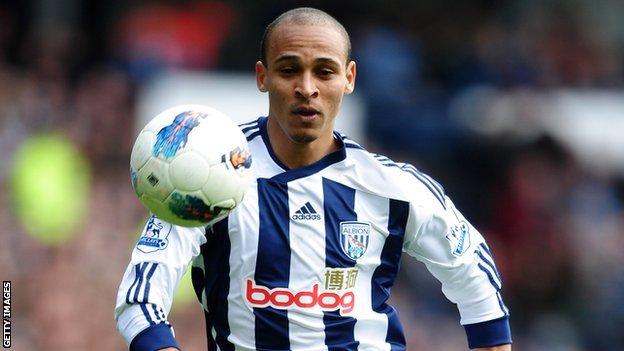 Cardiff City have signed striker Peter Odemwingie from West Brom on a two-year deal for £2.25m.

Swansea City and Stoke City had also been linked with a move for the 32-year-old Nigeria international forward.

Odemwingie failed in a bid to force a move to QPR last January and he has played a bit-part at West Brom since.

The striker has not played for Baggies boss Steve Clarke so far this season and was out of contract at The Hawthorns at the end of the season.

But Denmark international Cornelius aggravated the ankle injury that had curtailed his pre-season in the midweek Capital One Cup win at Accrington Stanley, while once-capped England striker Campbell is the only frontman with previous Premier League experience.

Cardiff have four points from their first six league games, with an opening loss at West Ham followed by a heartening win over Manchester City and Saturday's draw with Everton.

The Bluebirds' next game is away to Hull City on Saturday, 14 September.