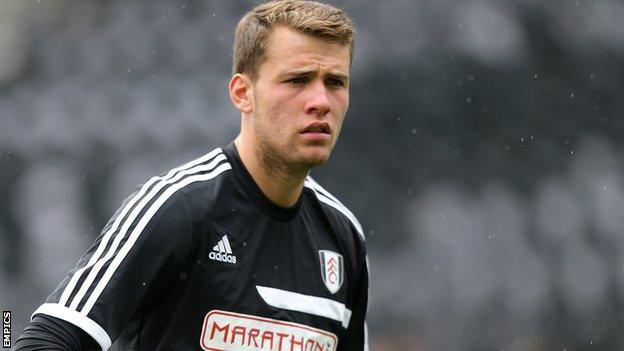 Fulham goalkeeper Marcus Bettinelli will remain on loan at League Two's bottom club Accrington Stanley for the rest of the 2013-14 season.

prior to their League Cup loss against Cardiff after Ian Dunbavin was ruled out for six weeks with a knee injury.

Bettinelli has appeared in the last two games for James Beattie's side, including

He has yet to make a first-team appearance for the Cottagers.