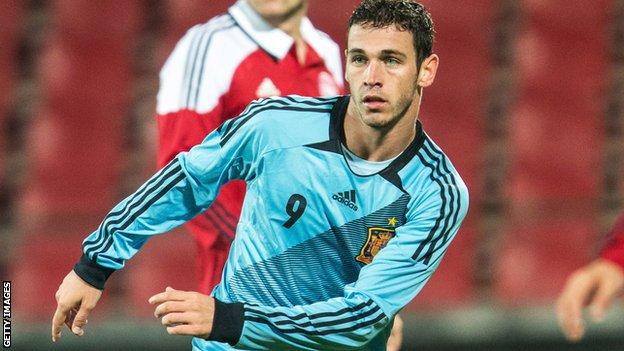 The Welsh side have agreed a deal to sign the 22-year-old on a season-long loan with the view to buy.

Manager Michael Laudrup has stated he wanted to sign a striker before the transfer window closes.

"Vasquez is a young player I know from his time at Espanyol and now Getafe,'' explained Laudrup.

"He is a little different to the strikers we have and has the characteristics we have been looking for. He will give us a different option.''

Vazquez was an integral part of the Spanish Under-21 side that clinched the European Championship crown in the summer.

Vazquez came through the ranks at Espanyol before securing a move to Getafe last summer and was a team-mate of Swans defender Jordi Amat for club and country.

He played his final game for Getafe as a second-half substitute in the 1-1 draw with Valladolid on Saturday, taking his tally to 89 top-flight appearances in La Liga with 14 goals.

Vazquez made his Primera Liga debut with Espanyol against Real Madrid but moved to Getafe at the start of the 2012-13 season.

Laudrup managed Getafe and led them to the Copa del Rey and the quarter-finals of the Uefa Cup before he resigned after only a year in charge in 2008.

The former Denmark international has already made 10 summer signings but is keen to add another striker after Luke Moore's departure on a free transfer.