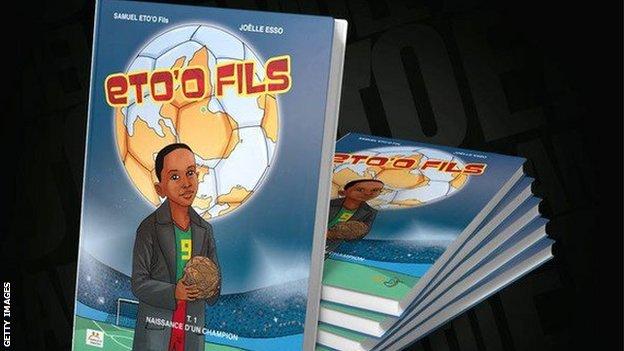 You know the transfer fees and stats, have listened to the media-trained platitudes from the new signings and debated the winners and losers in the transfer window.

However, amid the frenzied transfer activity, you may have missed some of the more quirky and curious snippets that have been reported about those players new to the Premier League this season.

Here, BBC Sport picks 10 stories that have caught the eye:

The Cameroonian striker, 32, published the first volume of an autobiographical comic book in January which tells the story of his childhood selling fish on the streets of Douala.

Find out more (Inside World Soccer)

The 25-year-old left-back's transfer to AC Milan collapsed in 2009 after the Italians claimed they had found a problem with his teeth during his medical.

The 23-year-old Dutch midfielder made headlines in December when he bought a £22,000 horse for his girlfriend before realising she could not keep it as she lived in a flat and there were no stables nearby.

Craig Noone (Cardiff - bought from Brighton)

Winger Noone, 25, has made it to the Premier League barely five years after tiling Steven Gerrard's roof as he combined the day job with part-time football at Southport. Gerrard's wife, Alex Curran, would provide him with a soft drink and a sausage roll to help fuel his labours.

Villa will hope there's no repeat of centre-back Okore's dozy behaviour during his medical - the 21-year-old Dane fell asleep while having an MRI scan despite the presence of a TV crew filming his transfer.

The Scotland international forward, 27, worked in a sweetshop at Hitchin station in order to afford his train fare home after playing part-time for Stevenage.

The first Kenyan to play in the Premier League, Wanyama won his first pair of football boots aged 14 as a reward for being the best player at a tournament.

The midfielder, 22, previously played barefoot as his parents could not afford to buy him boots.

Find out more (The Sun)

Find out more (This Is Anfield)