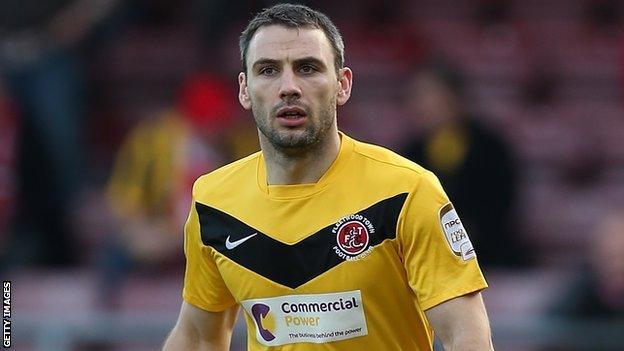 The 31-year-old moved to Highbury in 2011 and made 31 appearances for the club last season.

The Merseyside-born player then joined Rochdale in 2004 and went on to have spells at Luton, Chesterfield and Stockport County.