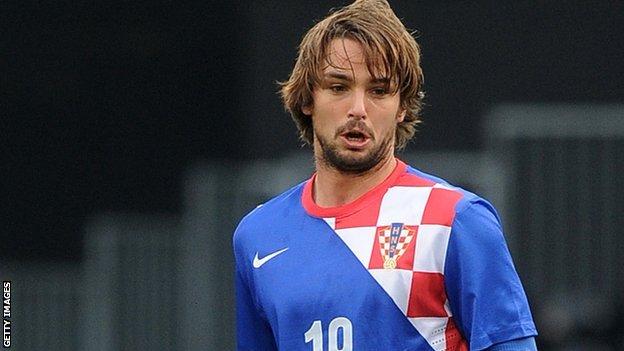 Croatia international Kranjcar, 29, joins from Dynamo Kiev - the club he joined from Spurs in 2012.

Left-back Assou-Ekotto, 29, joined Spurs in 2006 but has struggled with injuries and has not played this term.

Midfielder Carroll, 21, has been on loan at Leyton Orient and Derby but has not started a Premier League game.

Redknapp signed Kranjcar while Portsmouth manager and then for a second time when in charge at White Hart Lane.

England Under-21 international Carroll has made a total of 23 appearances for Spurs but is yet to appear in the top flight.