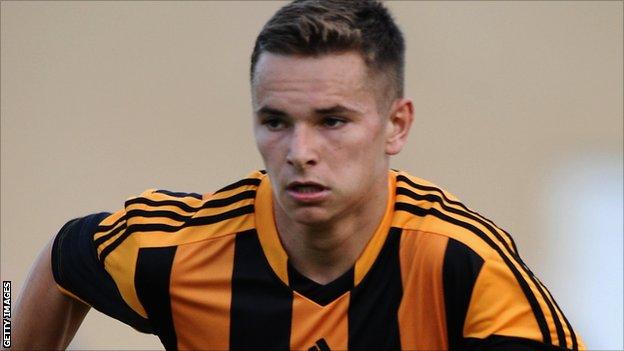 Townsend, 20, who will remain at the club until Sunday, 29 September, is a product of the Tigers youth set-up and has made one first-team appearance.

He has also spent time on loan at Grimsby and Chesterfield.

""He's keen to come here and make his mark at League One level and we think he's one who will do that," Cumbrians boss Greg Abbott told the club website.

"He's already shown at Grimsby and Chesterfield that he's hungry and his attitude earned him long spells with those clubs."